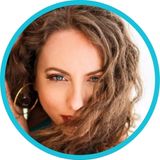 Never miss another
show from YourGirlFlav

Flavia Abadía is a Female Latin Crossover DJ/MC, Songwriter and Artist, based in Toronto.
Colombian and French-Canadian, Flavia loves to fuse musical genres from latin to urban and other world elements.

Flavia’s 2020 releases include singles “Can’t Wait” and “No Patience”. In 2019 Flavia released her first all-Spanish single “Dilema De Amor”.
Along with Dilema De Amor, she has performed and promoted her other recent singles “Vete,” “Slow It Down” and “All The Way” in Paris, France, Barcelona, Spain and Toronto, Canada.

Flavia is also the first and only woman to DJ a Toronto Raptors NBA Game (DJed during the 2019 championship season).

Her musical taste, skill, positive energy, international appeal and ability to speak English, French and Spanish have helped her gain momentum and brought her to stages worldwide.