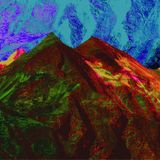 Never miss another
show from Beat The Future

All radioshows and mixes by Maja Milich. The show was originally started in 2012 and aired on Radio808, the first Internet radio in Zagreb, Croatia, that gathered all (at that time) relevant DJs, producers and radio-heads of Croatia. Also aired on Frission radio, RadioRapTz and FSK Hamburg. Now on REBOOT.FM - the independent artist-radio from Berlin. Live from ACUD - UKW 88,4 MHz in Berlin & 90,7 MHz in Potsdam.