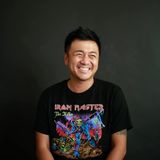 Since 2000, Adrian has been deeply involved in Singapore’s nightlife. From DJing to promoting parties to running clubs, Adrian has done it all- getting his paws dirty in some of the most prominent clubs here.

Although he wears many hats, his first love has always been DJing. With some technical know-how here, and some music knowledge there, his sets have taken him round the block a few times, earning him residences in many clubs with his house, electro and techno sets.

His other irreverent monicker ‘weelikeme’, spawned from the highly successful decade-strong party Eatmepoptart, ruffled some feathers in the entertainment industry by breaking rules and introducing alternative and indie rock to dancefloors that were previously ruled by electronic sounds.

With Eatmepoptart rolling on past its historical 15-year mark, ‘Adrian Wee’ or ‘weelikeme’- call him what you want, is set to bring love and madness to whichever dancefloor he plays for.