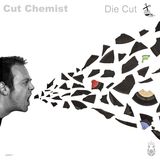 The Funk Files: A 2001 Mixtape compiled by Egon and Dante Carfagna
by Cut Chemist

A Stable Sound Tribute To Biz Markie: The Most Human Orchestra
by Cut Chemist

The Latin Rascals on Kiss FM 1984
by Cut Chemist

Cut Chemist has been recording and performing for over twenty years. Cut first became known as a founding member of both the rap group Jurassic Five and the Grammy award winning Latin funk outfit, Ozomatli. He has also made a series of cult-classic colllaborations with DJ Shadow, that led the two to a headlining gig at the Hollywood Bowl in 2007, a first for "turntablist," spinning all 45's. Cut Chemist released his debut album "The Audience is Listening" on Warner Bros. Records in 2006. The title track was used on a worldwide campaign for Apple's Ipod Nano. Cut toured with Shakira on her "Oral Fixation" tour and made appearances in the critically acclaimed Juno and Up In the Air. In August of 2010, Cut Chemist pushed DJ boundaries (again) by releasing "Sound of the Police" a conceptual world mix using one turntable, a mixer, a loop pedal and original vinyl from South America to far East Africa. Cut is currently in the studio recording his second solo-artist album.