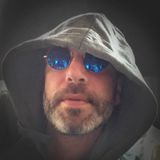 Never miss another
show from W5Td

W5Td is a Belgian composer, arranger, producer and DJ born in 1975.

He started making and remixing music in the early 90’s with an Amiga 500, an A/D converter, a MIDI interface and a Casio synth. His passion for electronic music was born in the epic clubs where he was going out the weekend. He collected vinyl EP's and CD compilations of uplifting tunes that he mixed at some parties organized with his friends.

While his parents had a high musical education and urged him to go to the academy, he persisted in playing the keyboard and the guitar by ear. Even though he didn't learn music theory at school, he grew up in an environment that stimulated his musical ear and helped him compose chords and melodies.

Since then he learned a lot from professional musicians, sound engineers, producers, DJ’s and online courses.