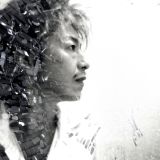 Tamio Yamashita was born at Tanegashima, which is located in southen of kyushu, in 1971.
He started a music activity at Fukuoka and move to USA in 1992.

His activity attracted big attention in New York and he jamed with famous artists there. In this way, his sense of music had been polished.
After coming back to Japan, he kept music activities as well-known DJ, and stood his own music production, named ”Japrican Sounds”.

Japrican Sounds have produced a lot of good songs, some of which are used in famous movies and commercial films. Also, he joined many music events as a producer.
He is good at all jenre of music, from house music to electro-music even anime music. Some of these got top rank sales in itunes and Amazon. That made him top artist as a music composer.

At 2011, he established A|X MUSIC, which is first formula label of A|X Armani Exchange Japan. He is challenging music and the fusion of the fashion now.