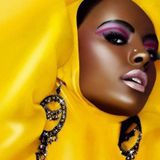 Ousmane Bary aka Uzi or Uzibee has been a fixture in the Montreal House Music landscape for over 20 years. He and his partner Natacha Blanchard started their career as promoters at Club Pacha (Spain) in 1996. They managed and did bookings for Jai Bar (Montreal) from 1997 to 2000 where they were also producing their own weekly events (Body Music Saturdays and Classic Tuesdays) at the same venue. They then moved on to run and manage the Salon Daome (Montreal) from 2001 until 2006. They also produced and created their own recurring events at the same venue which became very successful and even legendary (Dizzy Tuesdays with international guests, Soulmeka with Bougie Soliterre , Uzi and International guests, The Lazy Days sessions with Fred Everything and international guests (Monthly), Lost Heroes sessions with Christian Pronovost (Monthly), Back to my Roots with Angel Moraes and guests (Bi-Monthly) and Soultek with Uzi and International guests). They went on to run the Academy Club in 20