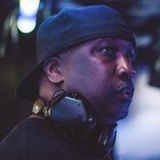 Legendary House Mix: BACK to HOUSE
by BANZAI-AYAReposted

Grammy Award nominated DJ/Producer Todd Terry has been engulfed in dance music since he first started listening to European dance music records while growing up in Brooklyn. Already devoted to turntables, he heard something different in those tracks, and he “went for the difference". "I never got a break in New York, but England happened right away, so I catered to them.” In any event, the Todd Terry sound was born. By 1988, Todd Terry hit big in England and Europe, and his notoriety was making its way back to the U.S. In addition to DJ appearances, Todd was cutting his classic underground tracks A Day In The Life, Weekend, and Can You Party, released under monikers such as the Todd Terry Project, House Of Gypsies, and Royal House, all considered essential and ground breaking. In the mid 90’s, the Ministry of Sound’s eponymous UK label released A Day In The Life, a collection of Todd Terry tracks that had been causing dance floor panic. That then led the way to a deal with Mercury Reco