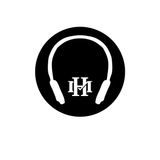 Never miss another
show from The HouseMaster

Finding his musical feet in Brighton, David Flemming launched his career at legendary UK venues like Zap and Escape Club, becoming an integral part of the exciting wave of house DJs on the South Coast of England. After a decade in Brighton, he moved on to play Hed Kandi parties as well as launching Ministry of Sound offshoot Housesexy in Southampton. Further big gigs followed at UK dance institutions Bagleys, The Cross and Ocean Rooms where he played alongside A-list DJs like Groove Armada and CJ Macintosh.

With his career taking him to the flourishing Middle East, David relocated to Dubai and launched the second part of his DJ career, creating the HouseMaster brand at the start of 2017. Focused on building up his online musical following, The HouseMaster launched 2 monthly music series via Mixcloud: the shorter Mini Mix and the longer form Club Mix format, gaining thousands of followers.