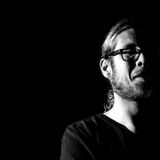 Never miss another
show from Timothy Hora (aka herrBERT)

Timothy Hora began as a graphic and media designer before he discovered his love for electronic music. Initially he worked as a VJ and later as a promoter / booker before he was active as a DJ himself. Since 2015 he started the Techno Label BERLIN UNDERGROUND. The first releases are expected this summer