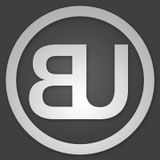 The self-conception of "Berlin Underground" can best be understood as a platform for the collective display of most distinct artists, with the attempt of circulating them transnationally.

It's our firm belief that only by standing together these alarming developments of the scene can be fought.

Since its evolution Techno stood for the unity, love and enthusiasm of individuals who joined forces in support of this special music - the Techno-Movement.

To ensure and preserve these values via output as well, we additionally decided in 2015 on founding a record label by the name of "Berlin Underground". We are fully conscious of the responsibility towards the scene this decision implies. Because of that we are open for and want to encourage both honest criticism and positive feedback.