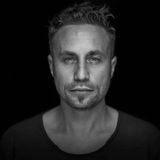 Belgian waffles. Belgian chocolate. Tom Hades. Some things don't need much of an explanation. Such is the case with the Belgian Techno maestro, whose career is moving him towards legendary status.

Covering all flavours within the techno and tech house genres with his productions released on respected labels such as Adam Beyer's Drumcode, John Digweed's Bedrock, Umek's 1605, and long-time collaborator Marco Bailey's MB Elektronics, it’s obvious that Tom Hades can tackle all dimensions of the sound with unparalleled ease.

Never one to shy away from globetrotting, Tom Hades’ DJing and live shows have taken him around the world a multitude of times. From Fabric in London to Fabrik in Madrid, and from Awakenings to I Love Techno, his work ethic demonstrates a literal tour de force.

Tom Hades started to discover and experiment with electronic music when listen...