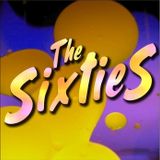 Never miss another
show from The Sixties

The Sixties is not your typical top 40 oldies show. We dig far beyond the top 40 to bring you the obscure tracks & seldom heard bands of the decade - plus do theme shows, band features, chart shows(spotlighting the lesser known & local bands included on each chart) & your requests.
Debuting in July of 1984 - hosted by Steve Schijns & aired on Ottawa, Canada's Community radio station-CKCU-FM. The Sixties has evolved over the years: the torch was handed by Schijns to a trio of hosts; Roch Parisien, Ian McLeish & Chris Lyne in October 1985. When Chris Lyne departed in mid 1986, current show host Dave Sampson was brought on. McLeish departed at the end of 1988 and Parisien in early 1991, although both still play an active role in the program behind the scenes & occasionally on the air. Now-over 29 years later-the groovy sounds live on. https://www.facebook.com/#!/pages/The-Sixties/183349665047603
http://www.sixtiesradio.org