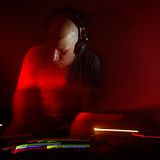 Never miss another
show from tamat_industrieterror

In 1999 he landed in Berlin. Since 2003 he is a member of the Fuckparade organisation komitee. From 2004 he cooperated with the Schlagstrom crew at the Fuckparade and played as a resident DJ industrial and other sounds on their parties later.