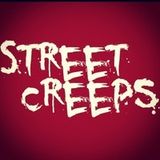 Never miss another
show from streetcreeps 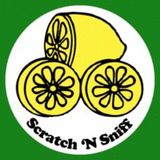 We like, phat raves, turntablism, watching T.V in our underpants, drinking protein shakes and lots of cheap coffee.

Eric Norman, Michael Ross and Rebecca Guy AKA Street Creeps. Working together and co running the DJ Academy in Luton for the last 8 years is where the idea of Street Creeps was conceived.

Street Creeps achieved the number 1 spot at Track it Down on the Dubstep top 100, with their debut release, Unstoppable.

Since then, they have had releases with Demon Dub Records (UK), JabbaTon Records (Croatia) and Play Me Too Records (USA) worked with Grime legends Killa P (Roll Deep) and Footsie (Newham Generals), also receiving DJ support from Reid Speed, Skream and Benga on their Radio 1 show, Jakes Hench show on Ministry of Sound Radio, Foreign Beggers mixes and many others.