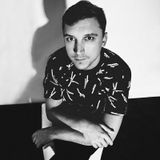 Never miss another
show from Yesh

Founder of Jabba Crew and JabbaTon club night. In October 2009. he also started a Croatian edition of London's "Chew the Fat!" club night and a third night Black Light and a new alter ego RRRamon! He was a radio host at Radio 808 and Yammat FM, but recently he joined the famous Radio 101. In the end of 2012. he also started a record label JabbaTon Records. Casa is his latest house/techno club project.