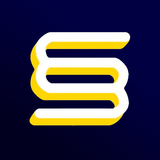 Never miss another
show from Source Of Gravity Sessions

The Source of Gravity show on Proton Radio will feature exclusive mixes some of the artists that have brought the label to the forefront of the worldwide underground scene. Based in the Isle of Man, Source of Gravity's first full release came in December 2000 gaining critical acclaim in Muzik Magazine as well as support from jocks like Nick Warren, Anthony Pappa, Chris Fortier and Hernan Cattaneo. Since then there have been well over 100 releases on various Source of Gravity imprints, with DJ support from the industry's finest, as well events, reviews and sales all over the globe.