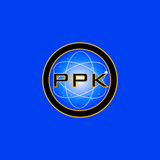 In January 1998, Alexander with your friends - Sergei Pimenov and Roman Korzhov create a "group" PPK (word of the project while it was still not so common). As part of the PPK Alexander wrote and produced all the musical material.
Alexander Polyakov - the only Russian musician and producer whose tracks 4 times fell into the Top 40 of the British charts.
Business Card Polyakov - a musician - is, of course, the track "Resurrection", the most famous Russian release in the UK of all time. In November of 2001. single hit the hot rotation BBC RADIO ONE radio station. In December 2001, after one week of sales, the song "Resurrection" immediately took the third place National British charts and was awarded the "Silver disk from the British Phonographic Association".