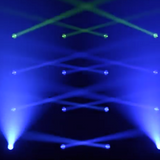 Never miss another
show from Esskå

Started playing records before walking, got my first turntable at my 2. birthday. The passion for music has always been there.
Got my first Technics 1210mk2 back in 1985 after a holiday in Rhodos.
I was so inspired by the greek mixing DJ´s at Space Disco and JohnPlayerSpecial. Started as a professional DJ in 1987 traveling in Norway on monthly basis. I was running a club called Fantasy Island an hour outside Oslo for a year back in 1994. Since then it went from a profession to hobby. Started as a sound/light technician as a co work project in 2006 after my kids get in to the theatre scene.
My love for music and DJing is so important to me, so this is the time to get back to this. A big shoutout to Nick Warren, Hernan Cattaneo and my best friend Steffen Dahl(Gehør) for inspiration to get back to the scene.

Music is the answer!
Esskå