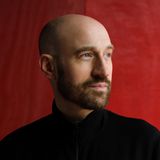 Never miss another
show from Shur-i-kan

With a career spanning over a decade, Shur-i-kan is undoubtably one of the heavy hitters of the deep house world.

An accomplished keyboardist and part-time member of dance improvisional supergroup The Bays, Shur-i-kan's distinctive productions ooze musicality and emotion that has captured the hearts of his many admirers.

The fact he appears regularly in Traxsource's top deep house artists shows his music is as relevant now as when his critically acclaimed debut album Advance was launched on DJ Mag's Best of British award-winning label Freerange Records back in 2001.

Since then his tracks and remixes have been regularly in demand by top dance labels such as Anjunadeep, Simple, Systematic, Z Records, Defected and Lazy Days to name a few.