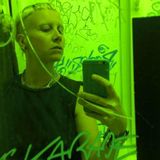 Sherø is the new underground house-music project by Stéphanie D'Olieslager.

After more than 20 years of spinning and producing under pseudonyms D'Stephanie and later on D'Steph, with releases on renowned labels such as Sonar Kollektiv, Chez, Jalapeno, Hed Kandi, PUMA... a change was necessary to break down old habits and reinvent oneself. This resulted in a short move to london in summer of 2015 and a more consistent one to Berlin 2 months later. It´s In Berlin where she rediscovered her passion for real underground house-music in its most honest way and resuscitated her inner nineties kid that just discovered house, real house... The kind of house music that was about the mind, the body and the soul. The ultimate seduction for rebels, artists, anarchists, people of all nations, colours, genders, sexualities and most of all an open minded, non commercialized or marketed community.

To put this feeling into action, a new pseudonym was inevitable and Sherø was born.