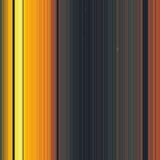 Never miss another
show from sans_soleil

Michael Trommer is a Toronto based producer and sound artist; his experimental work has been focussed primarily on psychogeographical explorations via the use of field recordings..

He has released material on an unusually diverse roster of labels, both under his own name as well as 'sans soleil'. These include Transmat, Wave, Ultra-red, and/OAR, Audiobulb, Audio Gourmet, Gruenrekorder, Truffle, Stasisfield, Interchill, Monocromatica,, Serein, 6one6, Thinner and con-v.

Michael also creates gallery-based audio installation work; He has exhibited work at Australia’s ‘Liquid Architecture’, 'from 0 to 1 and back again' at Kunsthalle Schirn in Frankfurt, Cordoba, Spain's art:tech and soundLAB in Köln. His music has also been included in Dodi Nash’s ‘Listening Shell’ installation, on permanent exhibit at London’s Victoria and Albert museum.