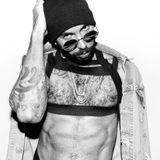 Exploring Paris by night at the age of 17 confirmed Samy Jo's interest in the clubbing scene. This led him to promote parties at Queen Club or  Cabaret and coproduce major events such as Paris Gay pride.

Eager to achieve new goals, he starts DJing and becomes, in 2006, resident to main events at Les Bains-Douches.

His name appeared on the line-up of parties such as Overbitch, Him Festival, Forever Tel Aviv, Matinée Pervert, Milkshake Festival and Together Festival, just to name a few, where he played along with Pagano, Offer Nissim, Phil Romano or Tom Stephan in a bunch of renowned venues such as Le Badaboum, le Showcase, le Queen Club or le YoYo.