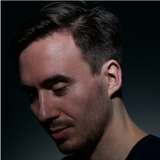 Never miss another
show from Rosco

Live at Trade, Turnmills 2002 (Third Set) Vinyl Only
by Rosco

Live at Trade, Turnmills 2001 (Second Set) Vinyl Only
by Rosco

Barely legal, aged 18, Rosco made his debut for the legendary, techno pioneering clubland institution - Trade. Shortly after he had the honour of being resident DJ for several years whilst hosting the popular Trade Experience Radio Show on Ministry of Sound Radio.

As well as being featured on Carl Cox Global, Rosco performed on the BBC Radio 1 Stage for London Mardi Gras and Rosco has done mixes for Kiss FM.

During it’s inception, EGG LDN used Rosco as one of their first resident DJs after he completed a season at Manumission in Ibiza for Trade.

Outside of nightlife, Rosco has composed music for fashion shows and has ambitions to score music for films.