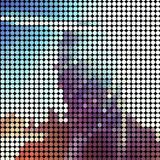 My career in music started in 1983, beginning with hosting college radio shows on CiTR FM in Vancouver (Canada), such as the Big Show and Crack Rhythm, and appearing frequently on Homebass as guest host. This continued until the early 2000's.

I've published three music magazines (over 40 issues), and I've written hundreds of articles, interviews, profiles and reviews for over a dozen magazines in North America, starting as far back as 1983.

I deejayed in clubs and parties from 85-02, was a resident at Graceland (Vancouver) 87-93, and I've had gigs all over North America and overseas (including guest deejay with Sven Väth at the Omen Club and Ultraschall Munich).

My releases "Logical" and "Post Logical" are on iTunes, Bandcamp and Spotify.
Visit http://www.robertshea.ca for all the details.