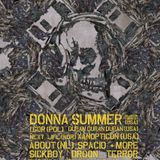 Never miss another
show from rik_mayhem

Is a part of a dj duo terror vs mayhem aka Tim terror and Rik mayhem (dj da Rick and tha boy Timmy)
resident dj's of breakcore gives me wood.
Started mixing techno and acid in 96.
Joined my brother Tim on the second breakcore gimme wood squad party .But was never on the flyers in the early days, until the Dutch invasion party.
Played lots of acid party's ( Christmas kitchen lab, how too fold a frog ,acid egg,...) in Gent Belgium.
Started a radio show on urgent FM called the duplox terror show with good friend Jan d. aka dj hectic .We invited lots of guests like toocutter ,sickboy ,droon ,henry shitmat, drumcorps, and many others. he still does a show every Friday night called breakcity.
played on lots of party's in Belgium as well as other country's. Played in Amsterdam, Graz, Berlin, Barcelona, Sao Paulo, Melbourne . I cook for the artists on breakcore gives me wood party's.
I like other genres as you will find out.