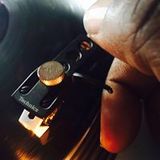 7th Jan '18 Back to Life Show
by Jazzie BReposted

12th Feb '18 Back to Life Show
by Jazzie BReposted

REMI VIBESMAN - PASS THE PEAS (TOO)
by Remi Vibesman

REMI VIBESMN - SOME TUNES ON MY PHONE (S.T.O.M.P 2)
by Remi Vibesman

Remi vibesman wears many hats when it comes to his music career. From the early 80s where he worked as a mix DJ playing disco, house, soul, ho funk, electro and hip hop in Croydon, South London to the 90s where he became one of the U.K. Pioneers of the Trip Hop / Nu Jazz scene with big tunes such as "Running Miles" and "Phunk Not Punk" back in 1992. He Worked under a number of aliases such as "Hookian Mindz" and "The Retravibe Movement" and licensing tracks to the famous "Journeys By DJs" series as well as working with some of the UKs most respected jazz musicians from the Jazz Warriors to Artists such as UK Soul Legend Paul Johnson. He wrote dozens of tracks for record labels including Instinct records in New York. His first single was the club classic "Running Miles" which received heavy rotation on the London radio stations including Jazz FM and Kiss FM. He ran a couple of independent record labels including Phat Vibes and Freshness on Wax.