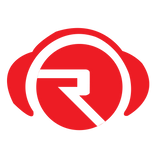 Port Of Spain, Trinidad and Tobago

http://www.redymixdmt.com
Considered one of the most versatile and talented DJs in Trinidad and Tobago, Shomari Smith is a musical force to be reckoned with behind a pair of CD players/Turntables or even on the microphone. Versatility & creativity, behind the decks while having the fantastic ability of Multitasking to energise an audience on the Mic are key elements that describe the talents of Shomari. Best known nationally for his humbleness, entertainment insight, youth following especially among Tertiary Level or University students and as well as being part of the #1 Morning Radio Show in Trinidad & Tobago on Sundays (The Hook up on 96.1wefm) , Shomari has been perfecting his skills (since the age of 12) over a wide variety of Musical