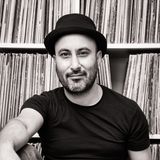 Never miss another
show from Rayees

"The mixing is seamless, the track listing pure house and the vibe is total elation – the best excuse to get on down we’ve heard in months" (Muzik Magazine)

Wrote IDJ and Muzik Magazine of his mixes. But more importantly, those mixes also won him critical acclaim, with performances alongside international DJ’s such as Roger Sanchez, Mark Knight and more. With a love of house, techno, jazz, funk, soul, disco and world music, he's consistently delved deep and to demonstrate, he's also translated that passion into a series of successful live performances.

Rayees a grafter in the very best sense of the word, he’s been hammering away at the coalface of club culture ever since he started collecting vinyl back in the mid 1990s.