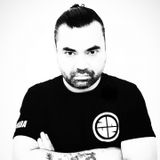 Martijn van Langen aka DJ Baba is well known for his creative mixing style with vinyl but he can also hit the decks with usb and digital skills. After more than 20 years of experience in the music industry, he created his own sound combined with oldschool, rave, early hardstyle and hardcore in a new freestyle sound.These days he still plays from house classics to hardcore but also freestyle and raw.
To play in front of an audience, Martijn started to create events like Rebirth, Platinum, House Nation, 1000% Hardcore and Hard Time in locations such as the Hemkade48, Waakzaamheid, Lexion, Graansilo and P60.
He performed since 1992 at different festivals, events and club nights. A couple of them are Dance Valley, Nightmare Outdoor, HardClassics on the Beach, Immortal, Illegal Vibes, Mushroom, XTRA Large, Retrospect, Full Moon Festival, Decade and Ravers Religion. Outside the Netherlands he performed in countries like Germany, Austria, France and Belgium.