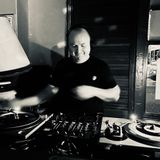 We be Jazzin'
by Dave Boots

In more recent years he has refined his collecting to Rare Soul/Jazzdance/Nu Jazz .He currently plays on the national Rare/Northern scene and interstate
weekenders and The National Northern Soul Weekender.