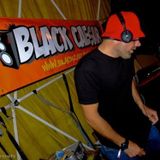 Never miss another
show from OBLIVEUS

THE LOW END THEORY (EPISODE 41) feat. THE BAMBOOS
by OBLIVEUS

Straight out of Melbourne, Australia (but originaly from California), Obliveus plays an infectious blend of funk, hip hop, reggae, northern soul, dancehall, disco, edits, rock, pop and just about anything else he can use to work the room. He has held down residencies at every major club night worth mentioning, been played on Triple J national radio, formed Black Caesar Events with his mate Mr Lob, joined Sydney's Funkdafied and plays all the big events in Melbourne Town. He maintains ongoing residencies on a weekly basis in between releasing 45's on the Juke Joints label with Shan Frenzie and upcoming releases on the 45 Fan Club label. As well, he's currently hosting The Low End Theory radio show with Shan Frenzie on Base FM (New Zealand) every Thursday from 10am (NZ time) and which also goes worldwide as a podcast through their website (thelowendtheory.com.au). Get in touch if yer ever in Melbourne or not.