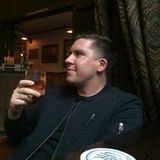 Never miss another
show from mightymoves

Best of 2020 Mix
by mightymoves

I Wanna Be Your Cover
by mightymoves

His eclectic musical tastes and ability to creatively blend songs from one genre to another came from his start as a bboy in high school - breakdancing to hip hop, funk, soul, disco and house music in the late 90’s. Since then, Brian Baker has been known as Mighty Moves.

Brian started DJing in 2006 after inheriting a pair of Technics turntables and 20 crates of Hip Hop, Funk, and RnB records. Since then, he’s provided the soundtrack at 100+ weddings, corporate events, birthday parties, school dances and club nights. Past clients include Nike, adidas originals, Red Bull, Portland Timbers, Danner Boots, DutchBros and OMSI. He also is an avid creator of DJ edits and his monthly edit packs are featured on Late Night Record Pool.