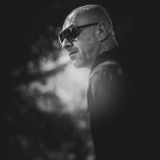 Nikko Mavridis is a DJ,producer and a radio producer.
He is considered to be one of the most respected and well-known Djs in Greece.
"Music matters" is his every day motto!For that he plays and produces music that expresses his passion for it.
Nikko has been in the industry for more than 2 decades and further developed his sounds to a more gruesome and captivating perceptives.
..
As an early starter in the 90's he was one of the most energetic members of
DMC Hellas and at the same time he presented a radio show in the most well-known station of his city,Kavala!His progress was inevitable and he developed to a unique radio producer who held shows in almost all the radio stations of the city.
For the time being,his radio show "Electric Fridays" in Proini radio station is thought to be one of the best in Greece,hosting big names from all over the world such asJerome Isma-ae,Guy J,16 bit lolitas,Glenn Morrison,Jody Wisternoff,Moshic,Robert Babicz and many others.