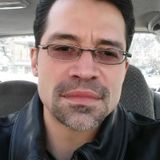 Never miss another
show from The Nay"Trixx"

A Dj that has Old School roots in Chicago begining in the late 80s "NAY" as everyone calls him, has been spinning for over 25 years. He would play many all ages dance clubs, Nightclubs, House parties and was very active in the mobile dj scene for much of that time. These mixes come from my library. Some from cassete tapes and minidiscs.
In early 2000 he began music production and started learning the craft and all that comes with it. After some time in the studio crafting his style he decided that now is the time to start releasing music. Now in 2017 he is ready to release tracks that have built up in the library for the last 17 years. "I have alot of Hybrid House tracks that DJs, Dance Music Lovers, and anyone in the industry should give a listen to." You will hear the old with new and experimental stuff. "I like to call myself a left field producer." I dont even know what I"m making next. One thing about NAY"Trixx" is you will hear something different everytime.