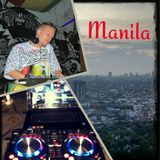 DJ Michael Berth started his work in Berlin in 2001. He made his name as the showhost of „JAMaican Vibez“, Germany´s only nationwide radio show for Reggae and Dancehall music.
In the last 17 years he played in countless bars, clubs and discotheques in countries such as Germany, Sweden, Colombia, Costa Rica, China and the Philippines. Since 2017 he forms part of the resident crew of „Pura Vida“ in Makati City, and most recently holds a regular latin night every Friday at "Latino Cocktail".
During the time he constantly broadened his repertoire and now loves to play a mad mixture of caribbean and urban music (Reggae, Dancehall, Latin Music, HipHop, Afrobeats …).