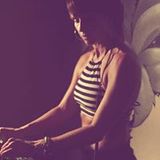 Never miss another
show from Maus

The Maustash Mix
by Maus

In Montreal, Maus is a resident DJ at Stereo Nightclub and Salon Daome. Over the past 16 years, she held residencies at clubs and after hours such as Sona, Aria, Unity, and La Sala del Cel in Spain. She has a couple of original productions out on labels such as Thoughtless Music, Eat More Beef and a brand new mix CD out on Mile End Records including two of her latest songs. Maus is also responsible for many electronic events and club weeklies in her hometown. She plays her sound internationally since 2000, which is also the year Haute-Coutue Records released Intersections, her debut mixed cd, which was acclaimed world wide and put her name in URB magazine's NEXT 100 list before she took off for her first European tour including Barcelona's SONAR festival 2000.
Today, she is back in her home studio focused on releasing more of her music in the year to come.