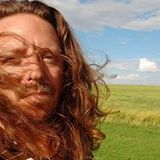 elixir - LIVE - June 22 - I'm Back what whaaaaaaaat
by Jory Bice

Jory Bice, better known as dj elixir, has been tearing the roofs off of large indoor venues and lighting up the night at major festivals around the Great White North for well over two decades.

elixir’s earliest forays into the world of DJing saw him rocking dance floors at major events for many of Toronto’s most legendary promoters as far back as 1996. He quickly became a crowd favourite, noted for his tight mixing, diverse track selection, and seamless genre-bending abilities, and earned himself residencies with major production companies such as Hullabaloo and Destiny Productions, including main stage slots at WEMF (world-renowned World Electronic Music Festival).

elixir has a reputation for being able to create diverse sets that flow seamlessly through whichever genre he chooses to infuse his high-energy sets with. His blend of bass-heavy tear-out breaks, filthy electro synths, throbbing trance, techno bass lines, and even drum’n'bass.