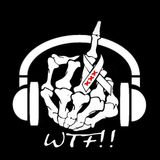 full name Johnny Lauriola, was born in Amsterdam 12-02-1967, with a Italian father and a Dutch mother.
In the beginning of the 80’s, young Johnny got into the new sound of funky music and was instantly caught. He started to collect vinyl and wanted to become a DJ. In the middle of the 90’s he played many styles of dance music mainly on private parties. In the early 2000's Johnny took a short break in his carreer.
In 2009 Johnny came back, It is his passion. Nowadays he's playing CD's and vinyl and has developed his own style of sound. With this fully matured style Johnny is more fanatic than before.
The underground sound from the 90’s is the inspiration for his steady sound. Johnny translates the old vibe and atmosphere of it with the sounds of the present.
Depending on the events and parties he's at, Johnny plays a (deep) House / Tech-House / Techno oriented sound and Old school 80's. It is a warm mix of melodious, touching rhythm and a catchy groove.