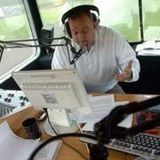 Broadcaster and author.
I am currently presenting a Rock Show on Hard Rock Hell Radio and before that I hosted a Rock Show on Sunshine Radio for seven years from 2007.
I'm the former News Editor of Made In Cardiff TV and Nation radio group.
On Nation Radio I also hosted two sports shows: Rugby Nation and Football Nation. Rugby Nation won a Sony Radio Award in 2013.
I also do live TV reports for Sky Sports News programme Soccer Saturday.
In the past, I have worked for LBC, Sky News, ITN, Classic FM and BBC Wales among others.
I am also the author of two books: Rock Legends At Rockfield and Stuart Cable: From Cwmaman To The Stereophonics and Beyond. Both were published by the University of Wales Press.