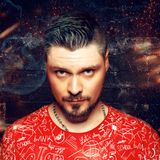 Jean Luc is one of the most successful czech producers, remixers and DJs. He has released his first single at the age of 15. Although he has been engaged in the music scene only for a few years he has already received very positive reviews to his work as well as support from all over the world.

Jean Luc is becoming a post-producer of top DJs as well. His production can be heard in prestigious labels KONTOR Records, Universal Music, Ministry of Sound, Bonzai Mu