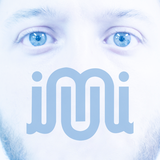 Never miss another
show from iumi

PRINCE in Fusion by ATN
by DJ ATN

Behind The Iron Curtain With UMEK / Episode 145
by UMEK

◄iUMi has always been in love with music, ever since his first piano lessons at age 6. During his teens he bought a drum set and formed a rock band. Always felt a special connection with electronic music but after living in The Netherlands, back in 2004, his passion for it grew even more.

In 2007-2008 he begins mixing as a bedroom dj and by 2009 starts mixing at clubs & private parties in Tucson, Arizona (USA) traveling back & forth between Mexico & the United States. In 2011 he moves back to Mexico.