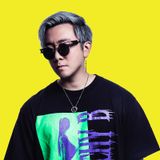 Never miss another
show from Inquisitive

Inquisitive is regarded as one of the most influential DJ and Producer in Singapore to date.

Influenced by traditional asian culture, Inquisitive incorporates Chinese and many other Asian musical instruments and elements into his recent music and productions.

Inquisitive is widely known for his unique blend of dance hits and turntable scratch trickery.

Bursting into the scene after he scored a hat trick win in the Singapore DMC Championships for 3 consecutive years from 2006 to 2008, and later made his Nation proud by placing amongst the top four in the world renowned DMC World DJ Championships. Inquisitive has also turned heads in the global EDM scene after his original single, "Two Of Us" a collaboration with VINAI (#26 DJ Mag Top 100 DJs) was supported by Tiesto.