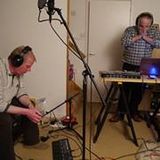 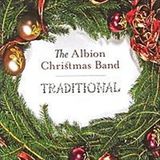 I am from Stornoway originally and have lived in Aberdeenshire since 1977. After playing numerous gigs including many benefit ones I was signed to the Greentrax label and recorded my first album "Beneath Still waters" in 1986. My second album "This Land Once Was Free" was recorded in 1989. Both of my records were produced by a hero of mine who became and remains a very good friend of mine, Dick Gaughan. I toured extensively on the back of those two records and worked with Runrig, Capercaillie, Townes Van Zandt, Tom Russell, Jackie Leven, The Mekons, Wolfstone, John Martyn, Martin Stephenson, the Waterboys and many others.
I had a young family and was missing out on their growing up and so I decided to take a back seat from music for a while. Suddenly it was a new century and I was still sitting back!!!!
However, in 2010 I decided to dip a toe back into the water and played at Fyvie Folk Club here in the North East. Deciding to get back into the scene I was hard at work writing and