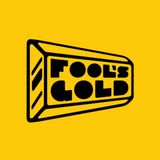 Brooklyn-based record label Fool’s Gold was founded in 2007 by DJs A-Trak and Nick Catchdubs and quickly established itself with a non-stop series of releases bridging the worlds of hip-hop and electronic music, introducing artists like Danny Brown, Kid Cudi and Duck Sauce to the world while being dubbed an “indie innovator” by Billboard, a “tastemaker label” by the New York Times, and “one of the most influential indies in the music business” by Pitchfork. With a clever and constantly evolving aesthetic for all Fool’s Gold visuals and merchandise, the company has become more than an independent music powerhouse, but a trendsetting lifestyle brand.