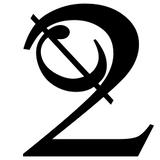 Never miss another
show from 2centavos

I'm gonna be lazy and use part of my bio from Fuse :)

2centavos is the pseudonym of Southside Chicago-born club DJ, Alejandro Ruizesparza. Proudly Xicanx and non-binary, 2centavos began their project through using music-mixing to inwardly explore their identity and live-performing to outwardly promote social visibility. Growing up adoring a collage of seemingly disparate sounds (from
reggaeton, to cumbia, to industrial metal, to footwork, to ballroom club, to top-40s pop and beyond) has influenced 2centavos’ sets.

The artist’s pronouns are they/them and they appreciate
efforts shown to respect that :)