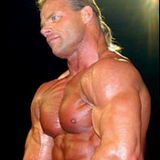 Never miss another
show from feeltherage

Radio Therapy Broadcast - May 2022
by daveseamanReposted

I Live in Texas now, originally from the East Coast and raised Jersey Strong New Jersey. Although closer to Philly my first club experience was in 1984 in NYC I was 17. I didn't know anything about the dance club scene because I was a rock n roll animal. One day I afterschool I was smoking some pot with a friend and his friend asked me to drive him to NYC to deliver some party favors. We went from club to club and I met my dudes. I was blown away people were still partying the middle of the afternoon from the night before. I was not a "club kid" but quickly got sucked into that nightlife. In '95 I moved to Orlando, Fl. The after hour secret warehouse rave scene was like the NYC club days but X 10! Ecstacy was fire, house & underground techno was more addictive, NYC vs. Miami DJ's battle left me stuck in space. 1 part House 2 parts Techno 1 part trance, mix underground, add lights and get lost in the music. Love your life on this planet while you can, MUSIC is the answer. FEELTHERAGE