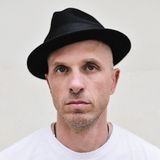 Celebrating 29 years behind the decks.
He started attending Denver’s early warehouse parties in 1991 and taking weekend trips to Los Angeles
to experience the parties in bigger cities. On one such trip, Greg heard a set by west coast
legend Doc Martin and it forever changed his concept of electronic music.

Greg started his DJ career in 1992 at Denver’s Fab Afterhours parties alongside DJ Hipp-e, who
is a major influence on his sound to this day. It did not take long before Greg was playing at
raves and club events across the US. His dynamic techy house sets landed him sets along side
Ritchie Hawtin, Louie Vega, Sasha, The Chemical Brothers, and many others. Rocking dance
floors from Seoul to Montreal, Riga to Miam...