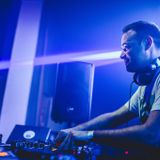 Emphonic stands for Czech DJ and producer that has been involved in music production since 2004. By years behind his keyboard, various synths and tons of material dedicated to sound engineering he was exploring possibilities of music creation same as searching for melodic aspects in broken dnb world. His late production is slowly but surely coming towards slower rhythm and ambient melodies. In 2012 Blu Mar Ten favourites among few others his remix of All Or Nothing remix competition. He also successfully participated in many other remix competitions and his tunes were released under various labels and dnb compilations.

2012:
Knowledge magazine Unsigned Competition July 2012 runner up
Bu Mar Ten favourited among few others his --remix of All Or Nothing rmx competition