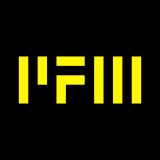 Never miss another
show from PowerFM

Cinquedea and Anthony O'Brien on Power FM 17.09.22
HQ
by PowerFM

OSB032 - The Other Side of Breaks - Moonte
HQ
by PowerFM

Power FM has been broadcasting dance and electronic music from Dublin, Ireland since 1992 and continued to broadcast on the FM frequency until 2003 - making it one of Dublin’s longest running pirate radio stations. Throughout the 1990’s it played a major part in cultivating the emerging dance music scene here in Dublin city. In 1998 the station became one of the first pirate radio stations to broadcast via the internet. It continues to bring quality, fresh dance music to the listeners of Dublin city and beyond.